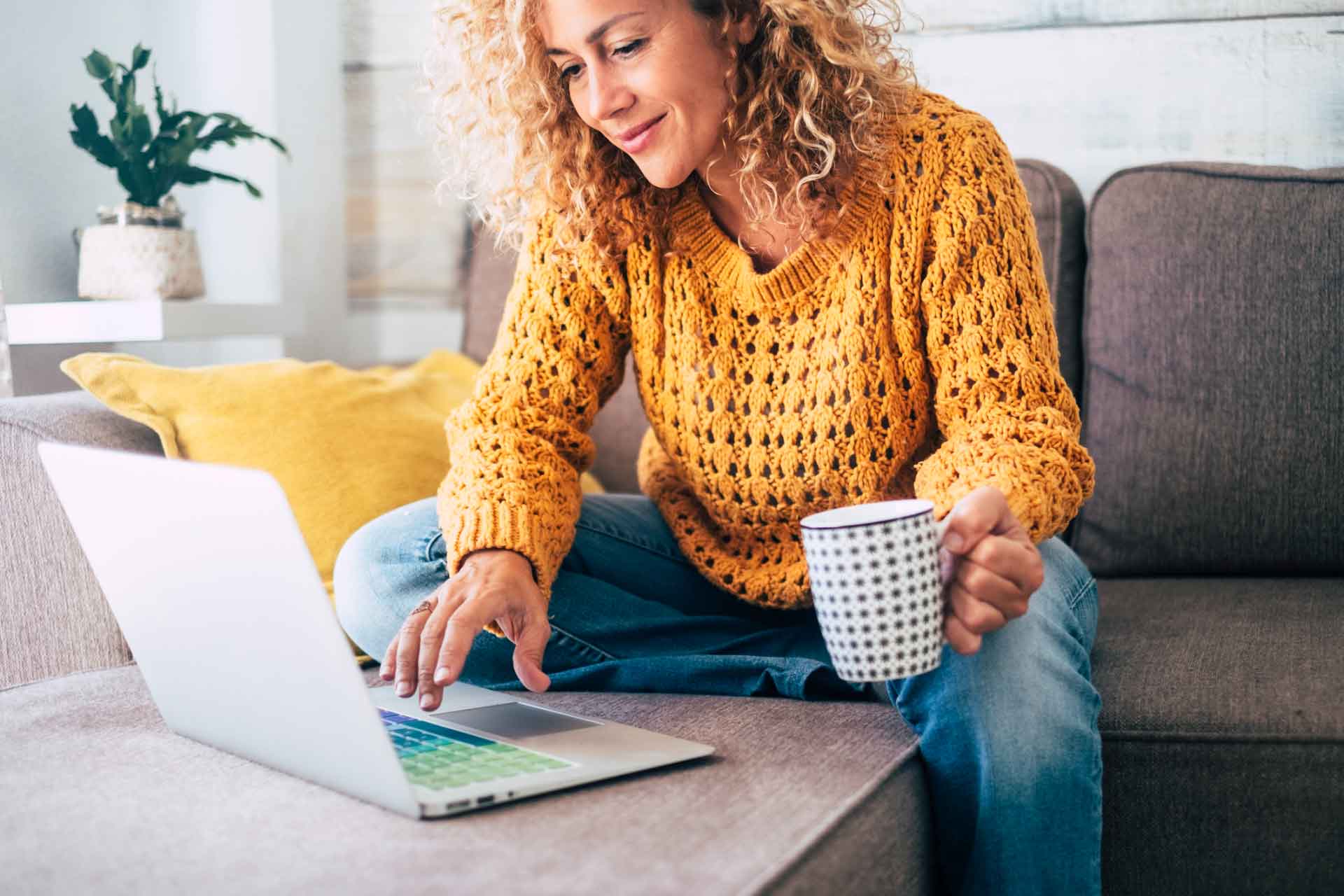 Ingenuity for innovation is in LoveToKnow Media’s DNA. A remote and global first company for over 15 years, the company has employees in key markets around the world, including the U.S., Canada, Europe, South America, Asia, and Australia. In addition to our dynamic and thriving remote culture, we have a sprawling office in the heart of Barcelona.

Howard founded LoveToKnow Media in 2005 with the mission to make the world smarter. Howard has founded or co-founded over 15 companies, including LoveToKnow Media, FlexJobs, PageWise, DealBase, and Knowingly (the current owner of Gigaom). In addition to starting companies, Howard invests in early stage ventures and has made over 85 such investments including OpenTable (IPO), Trulia (IPO), Titan Aerospace (sold to Google), HotelTonight, and many others. Howard’s debut bestselling book ‘The Start Up J Curve’ has received accolades from Entrepreneur, Inc, Bloomberg, VentureBeat, Worth and is an Amazon bestseller. 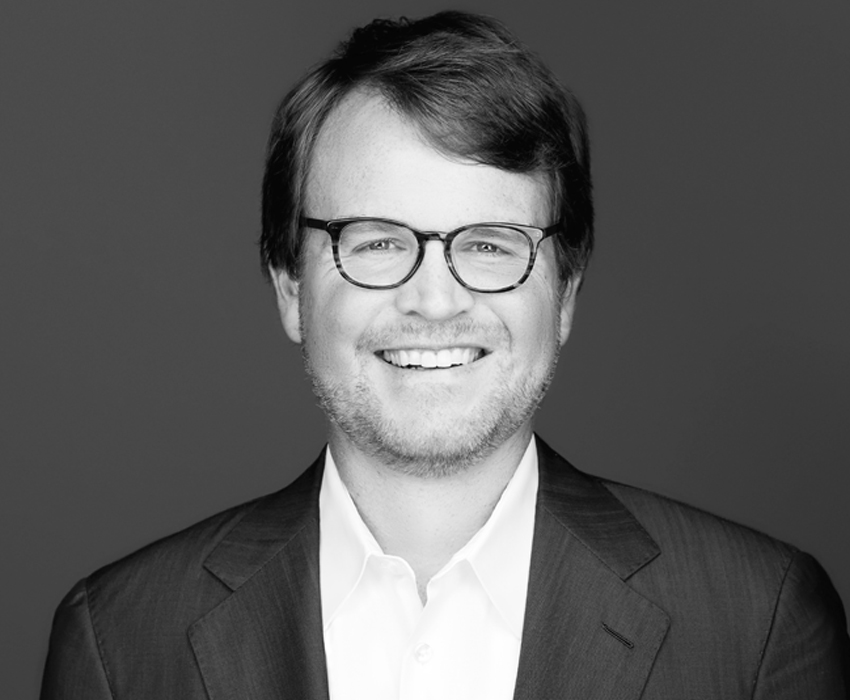 Chief Executive Officer
As CEO, Ethan Trex will continue to lead the company’s evolution to a collection of branded properties that lead the way in educating and inspiring global audiences through innovative and empowering experiences. Before joining LoveToKnow Media, Ethan spent over a decade building Mental Floss, where he served as the brand’s editorial director, VP of Strategy, and President. In this role, he oversaw all editorial elements of the brand and specialized in growing new revenue streams like branded content, licensing, and syndication. In addition, Ethan’s writing has appeared in ESPN the Magazine, Grantland, and six books he co-authored or edited. 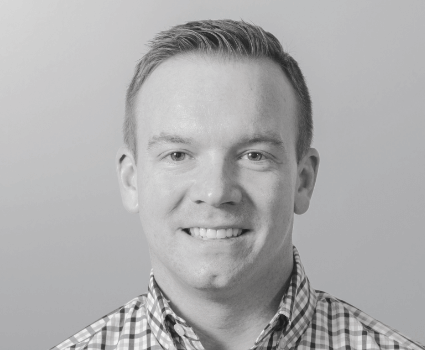 As Chief Revenue Officer, Marc Boswell is responsible for Brand Partnerships, Marketing, Revenue Operations, LTK Studios, and Advertising Innovation across the full suite of properties. Prior to joining LoveToKnow Media, Marc spent the better part of his career at Business Insider growing the revenue, programmatic, and client support teams to scale alongside the tremendous growth of the digital native property. Marc has focused on creating world-class client experiences throughout his career and is thrilled to bring that to LoveToKnow Media. As a builder, he’s excited to create new teams, experiences, and bring growth to the LoveToKnow Media brands. 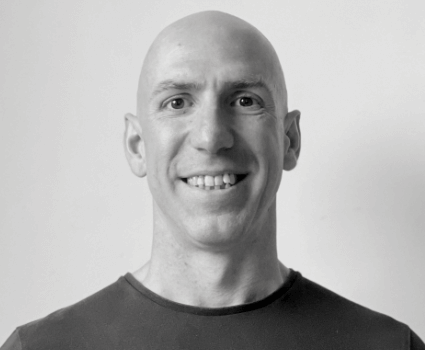 Oriol Caralt is the Chief Technology Officer in charge of engineers and designers across the company, spanning from Malaysia to the USA, with more than 20 nationalities. Additionally, Oriol plays the critical role of Spanish Country Manager, overseeing the LoveToKnow Media office in Barcelona. Before LoveToKnow Media, Oriol moved from a hands-on developer position to team lead to management before going on to launch his own start-up, living in Latin America and South East Asia as well as Europe. 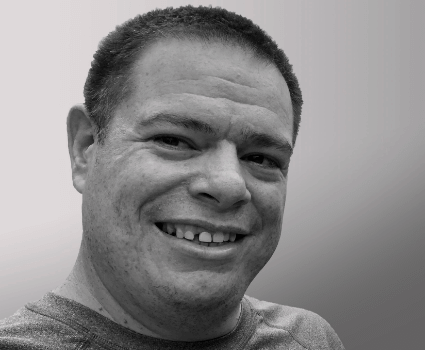 Josh has been working with LoveToKnow Media’s CEO, Howard Love, on a variety of projects since 2003 including FlexJobs.com, Trails.com, YourDictionary.com, and LoveToKnow.com. In his role of Chief Software Architect, Josh is the strategic lead on the technical guidance and development for LoveToKnow Media’s core properties and oversight of the engineering team. 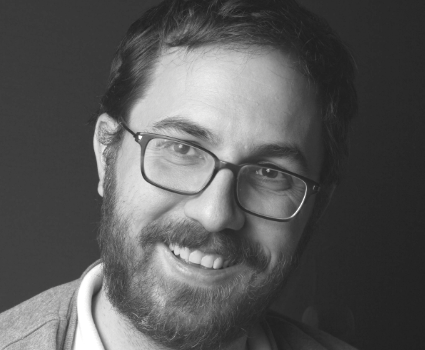 In his role of Vice President, Commerce, Chris Schenk leads the commerce and affiliate marketing strategy across LoveToKnow Media’s brands. Prior to joining LoveToKnow Media, Chris founded the commerce department at viral publisher Brainjolt Media, where he worked across the editorial, social, audience development and analytics teams to build content, marketing, and tracking solutions that drove 9-figure partner revenue annually. Chris cut his commerce teeth as an inventor and product marketer, and is excited to bring that entrepreneurial energy to LoveToKnow Media. 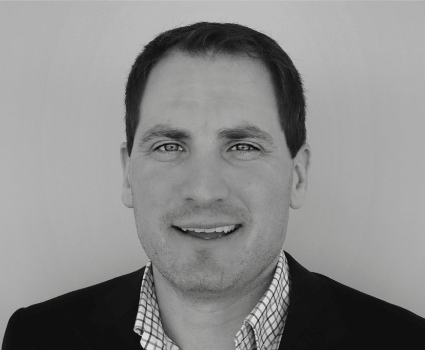 In his role of Vice President, Investment Research, Matthew Larson works in tandem with the LoveToKnow Media executive team to evaluate strategic investment opportunities and competitive positioning across the digital media industry. Prior to joining LoveToKnow Media, Matthew was a Senior Analyst at Provenire Capital, a Technology sector-focused alternative investment management firm, and a Vice President covering Retail and Consumer Products companies at Baird, a middle-market investment bank. Earlier in his career, Matthew was a Consultant within Deloitte Consulting’s TMT Strategy practice working primarily with Fortune 50 companies on customer, channel, and growth strategies. 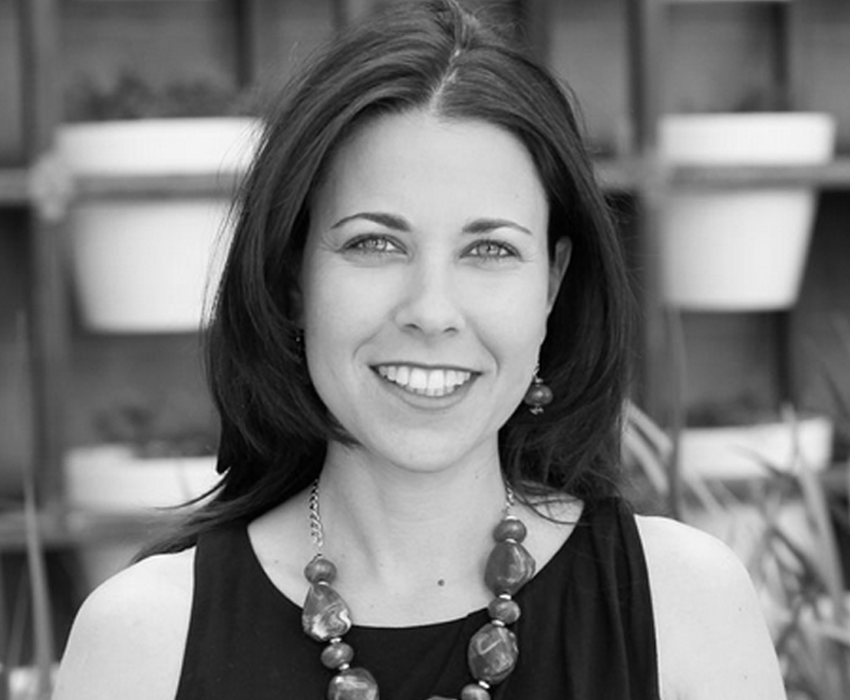 As General Manager of LoveToKnow.com Amy Boshnack oversees the strategy, growth, revenue initiatives, and product enhancements of LoveToKnow Media’s flagship property. Amy has a robust history in media where she’s helped to launch MSNBC, special issues for New York magazine, and the editorial platform for CafeMom — which, under her leadership, saw 20 million unique visitors a month in its first three years. She then led positive change and tremendous growth for SheKnows.com in audience and tentpole initiatives. Most recently, for Animal Planet, Amy produced award-winning midform series, led record-breaking sales activations, and transformed their social strategy. 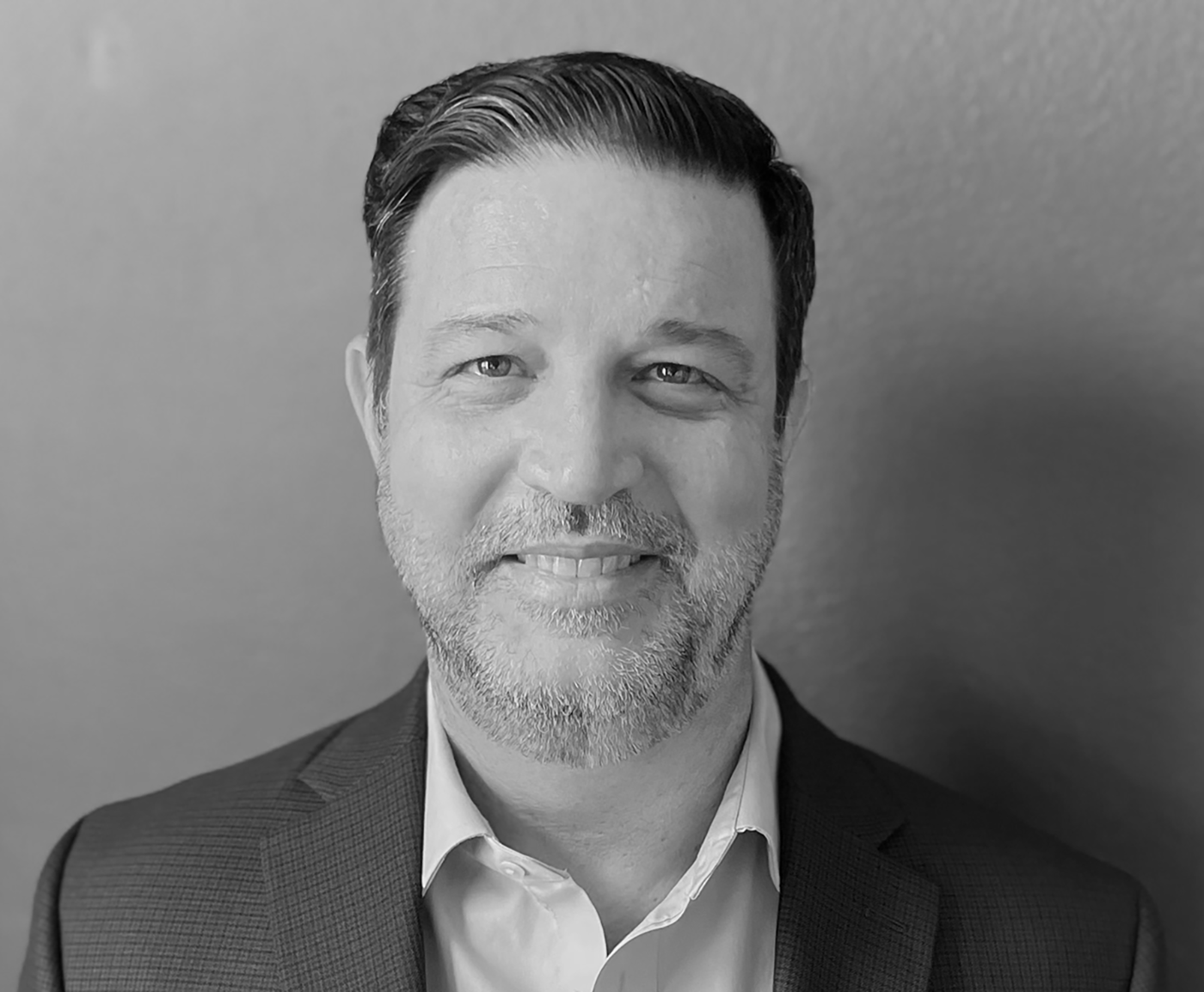 As General Manager for Yourdictionary.com, Mark MacKenzie leads the growth strategy for diversifying and optimizing products, audience and revenue for the brand. Prior to joining LoveToKnow Media, Mark was the Senior Director of Enthusiast Engagement at Bonnier Corp where he drove email marketing, SEO, analytics, audience development and social media strategy across a portfolio of 11 outdoor enthusiast brands. With over 20 years of experience across editorial, product development, analytics, social media, email and marketing, Mark has developed a unique ability to create a holistic view of consumer behavior that enables him to identify and implement creative solutions to complex challenges. 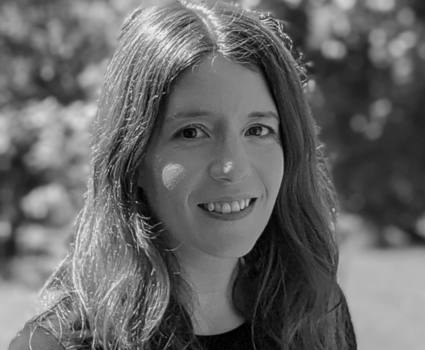 As General Manager, Ana Hernández oversees the strategy of WordFinder Web. Before being promoted to this role, she was the SEO and Content Marketing Specialist on the same team she now leads. Ana has been working in the digital publishing industry for over a decade. The first few years, she jumped between the ancient realm of monastery libraries where she researched medieval manuscripts for her PhD, and the modern world of SEO and web content. After finishing her dissertation, she became the Senior Content Manager at SeeTheWorld, leading its content, social media, and growth strategy. 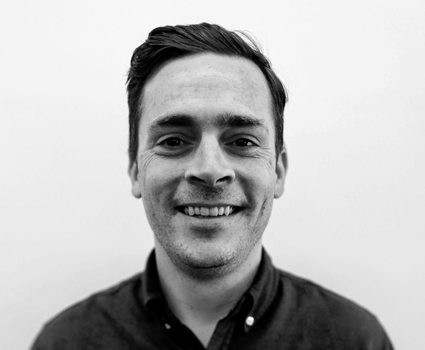 Nate Irish leads the development of the WordFinder by YourDictionary app, the #1 word games helper app in the market. Prior to LoveToKnow Media, Nate began his career at a small startup called Geocaching that eventually grew into a global phenomenon. GPS technology, the driving force behind Geocaching, was only just breaking into global consciousness when Nate became the company’s Head of Product, growing users to 10MM+ through mobile app and website development while overseeing the creation of more than 3MM individual geocaches worldwide. 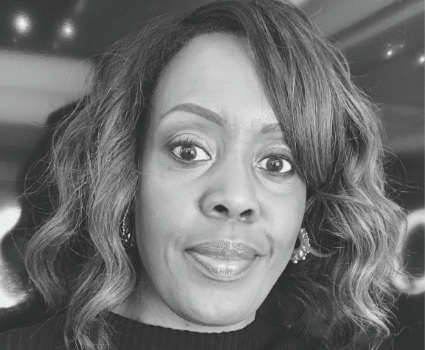 Tamarin Hannon led HR teams for 15+ years before joining LoveToKnow Media as Vice President, Human Resources, where she is the global lead on HR and recruiting for the entire company. Prior, Tamarin built and transformed the HR function in US-based technology and European-based consumer goods companies. Tamarin enjoys having a strategic advisory role in matters from talent acquisition, to performance management, to compensation and benefits. She is passionate about the role HR can play in shaping company culture, as such she prioritizes establishing a personal connection with each employee. 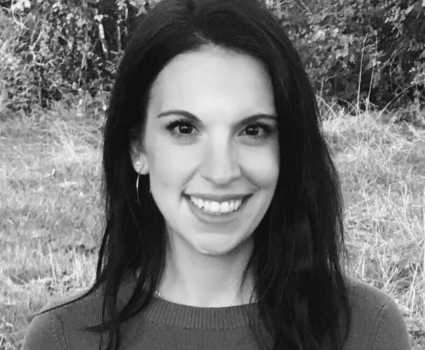 Allison leads the analytics and insights efforts across the company, overseeing the data ecosystem, pipelines, and analysis processes. She joined LoveToKnow Media in 2016, after spending five years at Google, where she was an integral part of product analytics, research, and optimization of commerce and ads products at the company. Allison has over a decade of experience in analytics and digital product management in a diverse set of business verticals, including ecommerce, commercial real estate, and professional sports.